It was an honor to launch AMNESIA: Somebody's Memoir at the LOBA Poetry Reading Series of Mendocino Public Library, curated by poet & librarian Melissa Eleftherion Carr.

I was delighted with the audience feedback. This audience asked for an "ENCORE!" -- a first for me to be asked to read more after the scheduled poetry selection! A Q&A wasn't scheduled but one took place as various audience members were very interested in the concepts underlying AMNESIA (which can be seen HERE).

I was also moved to learn from the poet Michael Riedell who was in the audience that he teaches creative writing to about 32 high school students (part of the California Poets in the Schools Program) and he'd been teaching my poems; the students especially loved, he said, my poem "The Forced Departure." I was so happy to hear that as I rarely hear about my work in academic settings! Last but not least, Michael gave me the anthology Shock Therapy: The Writing Asylum Anthology which features his student poets. One of my other projects, the Sit With Moi / Mini Books on Mini Chairs project, also encouraged the class to make mini-books! Michael would read from his mini-book during the Open Mic that followed my reading. Here are pictures below of the event (click on images to enlarge): 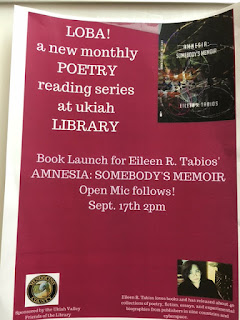 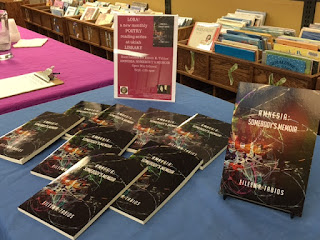 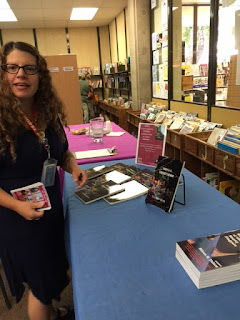 (Melissa sets up the book display) 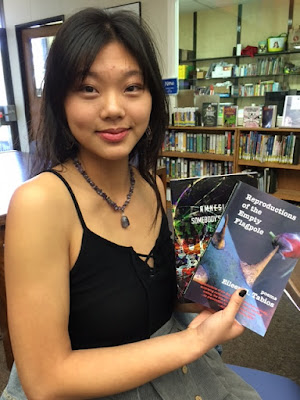 (High school student and poet Abigail Au with my books) 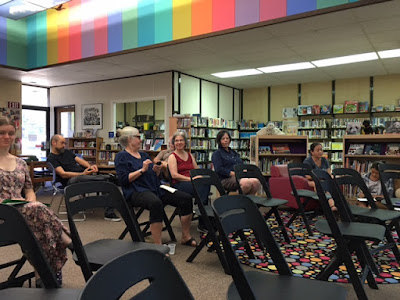 (Some of the lovely audience) 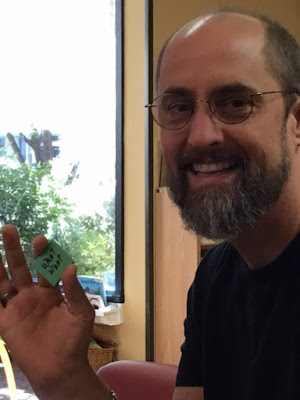 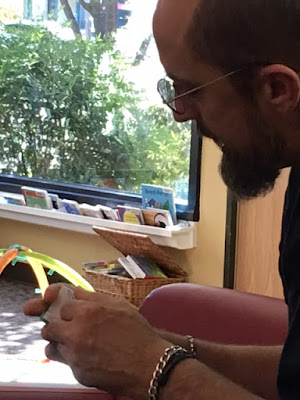 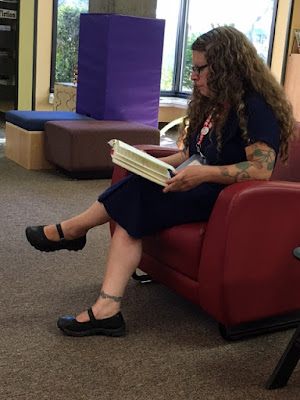 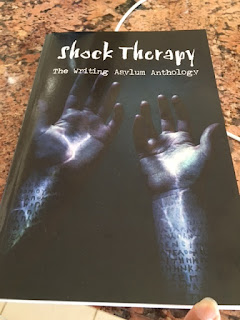 (Anthology put out by Michael's students) 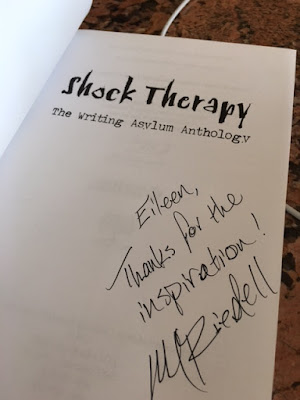 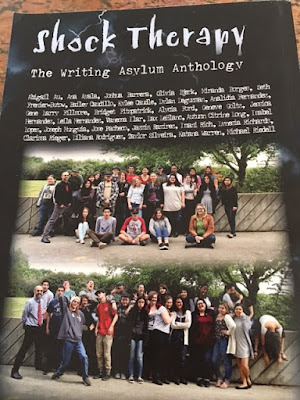 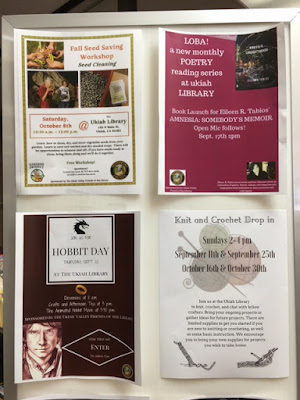 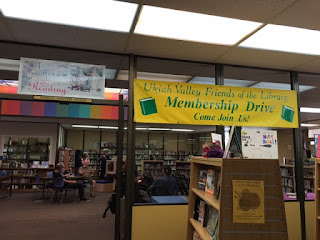 Poetry lovers are often interesting people. In the audience as well was artist Heather Seggel who made a necklace pendant from origami-ed bank statements! Such creativity! She created a symphony in blue ... and I was happy to see it! I'm delighted when my poetry interests other creative folk! 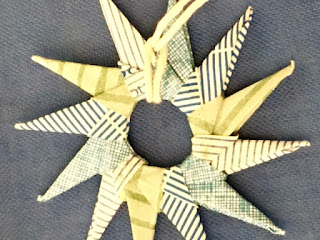 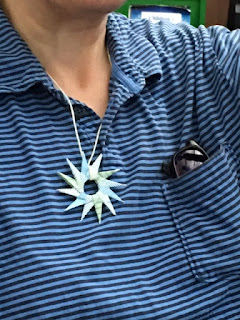 You are invited to the California Book Launch for 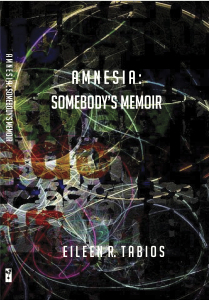 The library's reading series is open to both adults and teens. An Open Mic will follow Eileen Tabios's reading. 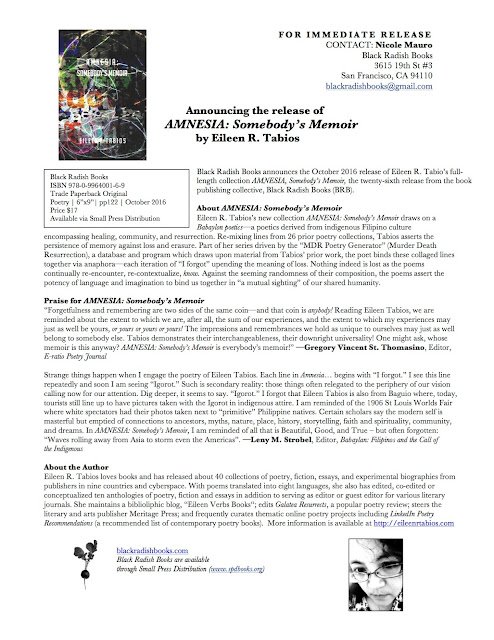 Posted by EILEEN at 4:00 PM No comments: