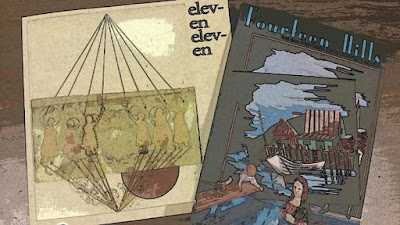 Eileen Tabios participateD in a reading for two Bay Area journals, ELEVEN ELEVEN and Fourteen Hills during LitQuake San Francisco on Saturday, October 17, 2015.  The 6-7 p.m. reading will take place at 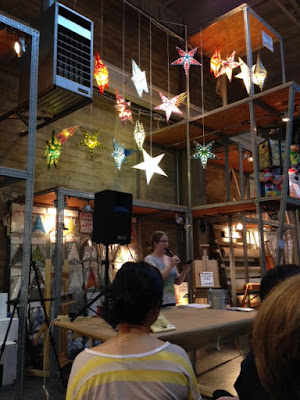 A Welcome under the Stars! 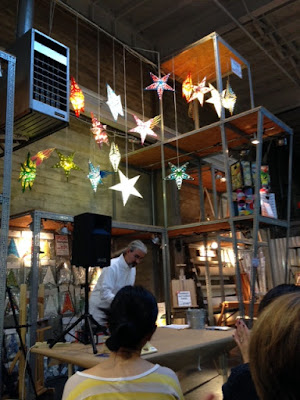 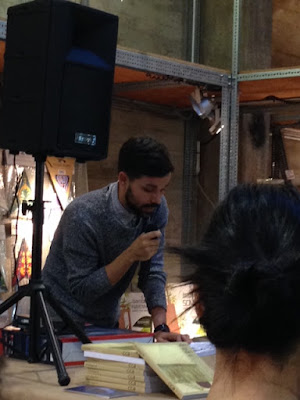 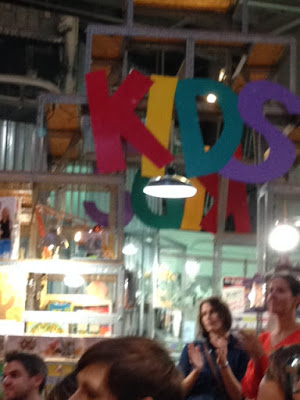 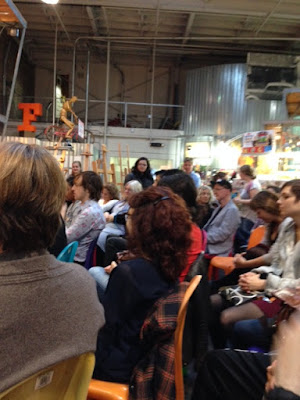 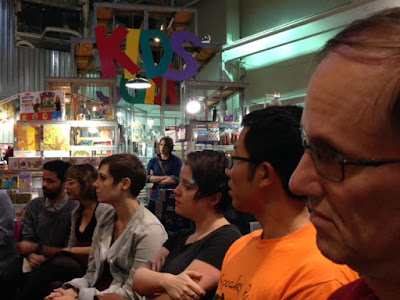 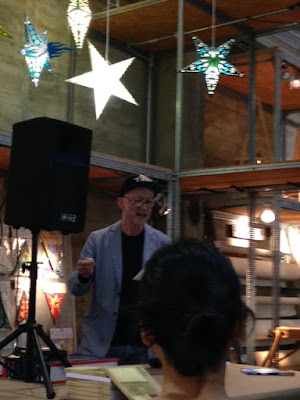 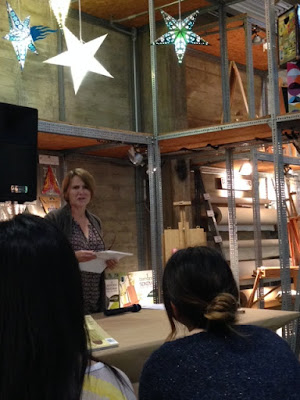 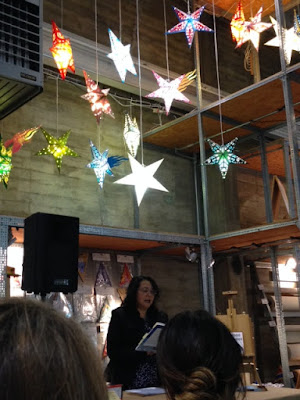 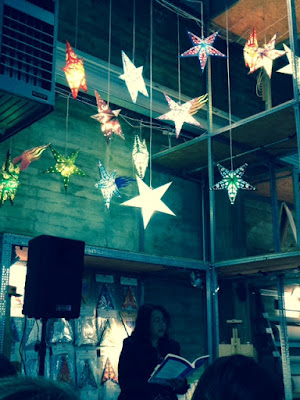 Featuring: GABRIEL HOUCK studies in the creative writing PhD program at the University of Nebraska, Lincoln. His work has appeared in PANK, Lunch Ticket, and Fourteen Hills.PHILLIP BARRON teaches philosophy and humanities at Woodland Community College. His first collection of poetry, What Comes from a Thing will be released by Fourteen Hills Press. CHRIS AMES is a writer who also draws. His work has been featured in Small Po[r]tions, Eleven Eleven, Midway Journal, Fourteen Hills, and elsewhere. You can visit him at chrisames.netPETER BULLEN’s work explores the tender, the disappointing, and the preposterous; desire and its consequences, in other words. He was chosen as a Quiet Lightning Neighborhood Hero in 2014. His work has appeared in sPARKLE & bLINK and Blotterature. Blogs at WETRIEDOURBEST.WORDPRESS.COM.

ALLISON DELAUER’s recent texts have appeared or are forthcoming in Catamaran Literary Reader and Weatherings. Her performance collaboration, Umanità: Book I, premiered at Teatro dei Venti in Modena, Italy, in 2013. She lives in Oakland, California and works with organizations that promote social change, the arts, and, conservation.

EILEEN R. TABIOS’ most recent books include the experimental autobiography Against Misanthropy: A Life in Poetry and the poetry collections I Forgot Light Burns and Sun Stigmata (Sculpture Poems). More information is available at http://eileenrtabios.com/

One of the most anticipated literary nights of the year, San Francisco's Lit Crawl attracts close to 10,000 people, and is the world’s largest such event. In 2008 Lit Crawl NYC launched in Manhattan, also an immediate hit. Austin was next, swarming for the first time in 2011. In 2012, we birthed two more Lit Crawls, one in Brooklyn, another in Seattle. In 2013, we expanded to Los Angeles, Iowa City, and London, and in 2014, Lit Crawls were launched in Miami and Helsinki.Get drunk on words!

You can click HERE to see what last year's Lit Crawl was like, and this coming October crawl should be just as fun! 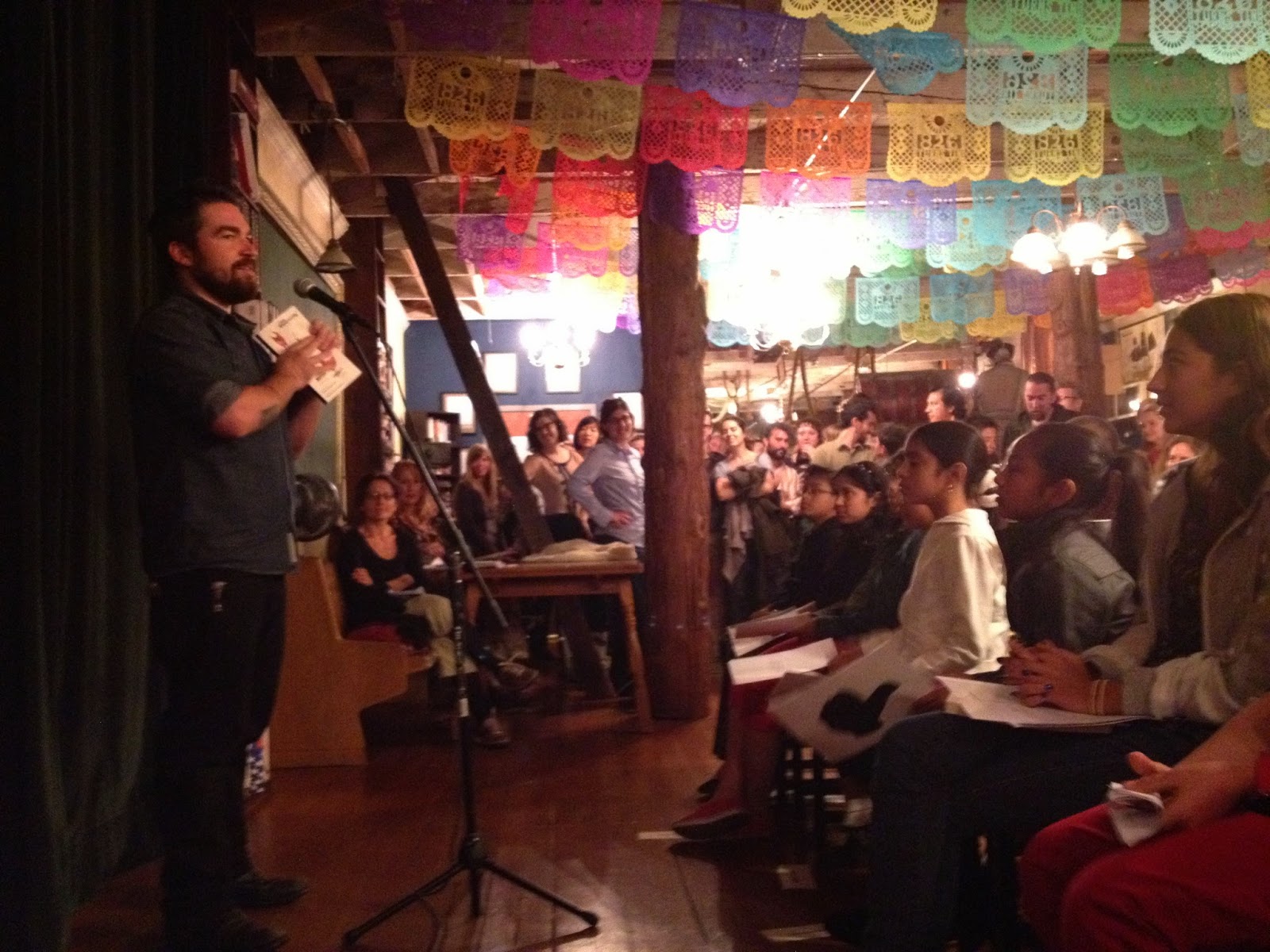